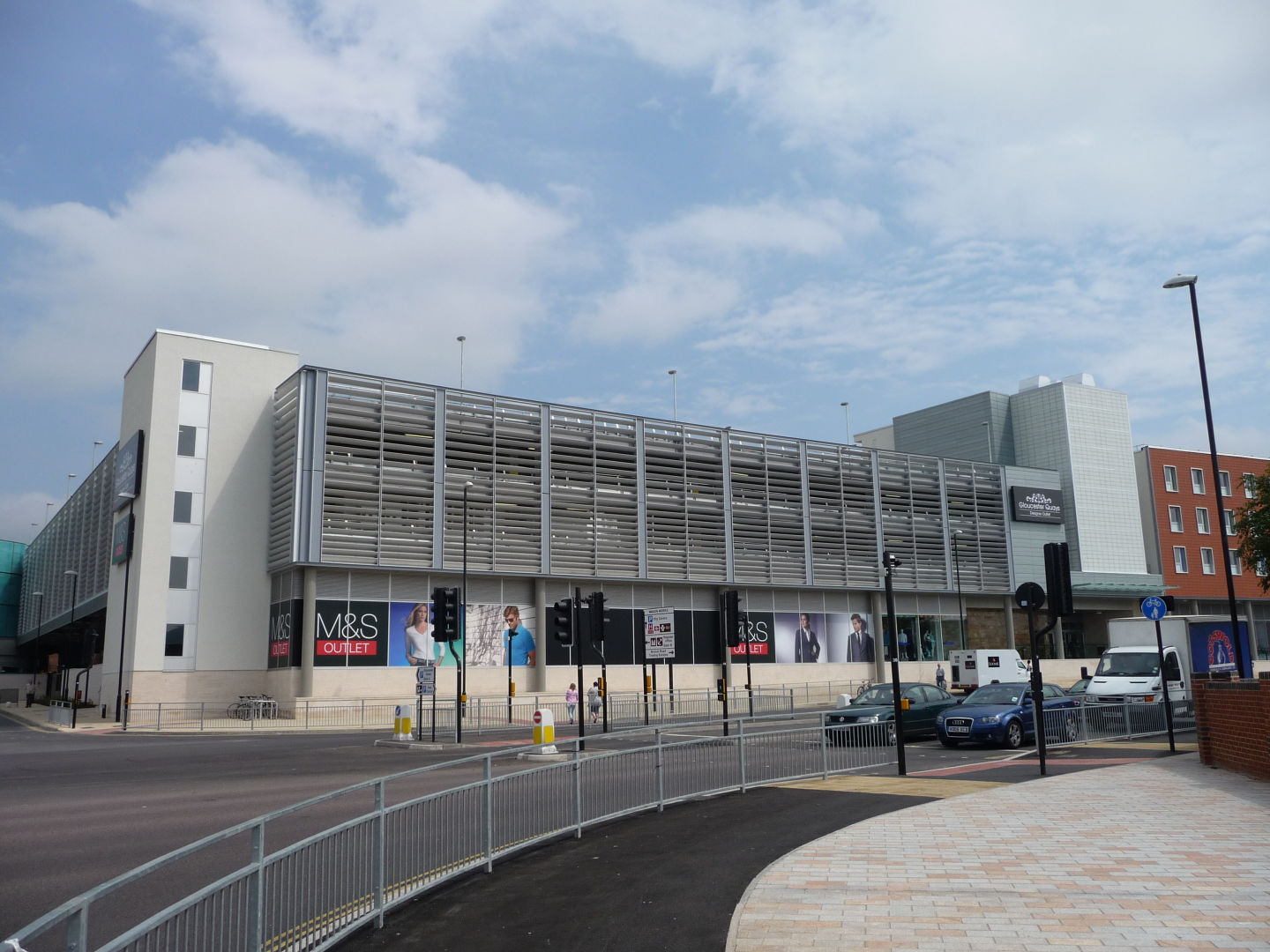 They have been dubbed ‘The Magnificent Seven' - seven major regeneration projects in the once-sleepy city of Gloucester, which are set to completely transform the old south-west port. And, just like the popular 1960s western flick, the seven will be looking to protect the city's future, by offering substantial retail opportunities as well as a boost both to tourism and to employment. DELTABEAM Frame construction was slow to catch on in the UK but Bovis Lend Lease is keen to exploit its advantages for retail. DELTABEAM Composite Beams put backbone into Gloucester mall.

Kick-starting the revitalization of the town is the £300 million Gloucester Quays project. It will comprise a 20,000 sq m outlet centre, 7,800 sq m Sainsbury's store, waterfront bars, cafes and restaurants and a 1,400-space car park. There will also be a four-star, 80- room hotel, a 100-room Travelodge, 9,000 sq m of office space and more than 1,000 residential units. But the latter is not scheduled for development for about two years.

Work began on the 25 ha site on 23 April, 2007 -10 years after the plans were first drafted. At that time a good handful of options were being discussed as to what structural solution would be used. But, as Bovis Lend Lease project director Simon Allen found out, there is not always one right answer. "This scheme is rather unique in the way we have approached structural solutions," he says. "Yes, it is usual to have a construction site with lots of different methods being used for various things, but you don't usually choose a range of structural solutions. Usually you just pick one and stick with it." Not for this project, though. There are steel frames in the designer outlet centre, Deltabeams in the main mall and post tension slabs in the Travelodge. There is also shot-blasting occurring on heritage buildings, which are being kept and incorporated and, across the canal, Sainsbury's will appoint its own specialist contractor to erect its new supermarket. But it is the Deltabeams that are creating a buzz of excitement among the project team.

For a retail centre, the design allowances are ideal. "Because of the load-bearing capacity, we are able to build using a lot less columns," Mr AlIen says. "That is a big plus for retailers, who prefer open floor areas. "The floor loadings are low and evenly distributed, which also means you have clear, open space for car parking bays." Also, he notes, "the system's off-site fabrication is the way the construction industry is going". Gloucester Quays is the third largest scheme in the UK to use the product which, while it was developed about two decades ago, has only started to be used by British contractors in recent years. The largest is a former Bovis project - the 60,000 sq m Drakes Circus retail centre in Plymouth, which opened in October, 2006. About 915 beams were used for its construction compared with the 450 being used for the main outlet mall at Gloucester (see Peikko News 2/2007).

So, while Mr AlIen says using the method wasn't a first for the team, he confirms it also won't be the last. "I will definitely use it again," he says. "Okay, at first look it is not the cheaper solution. However, it offers a quicker programme speed and less man hours are required in comparison with more traditional methods." And the clients are thrilled, too. Peel Construction Manager Andrew Dickson says: "We are definitely very pleased. After they explained the process to us, we certainly supported Bovis in taking the system forward. It has a great flexibility for retail space and also offers good speed in delivery."

But that doesn't mean to say the Deltabeam system is going to be picked up by all contractors in years to come. As with most construction methods, Deltabeams offer their fair share of challenges. Fortunately for clients - not so much for the construction teams - most of the disadvantages land on the table of the contractor. "Deltabeams provide the clients with all the pluses from both traditional types of frame construction," Mr Allen says. "A steel frame is quick to install and cost-effective. A concrete frame is solid, has fire protection and no noise reverberation. Deltabeams offer all of those advantages. "But the contractor does have to deal with the drawbacks of both those types of construction, too. In a concrete frame building there are always last minute changes to design and with a steel frame you have to freeze the design of grid lines and column locations two months before the build. "Again, with this system, we still have to deal with both of those issues." Lucky for the Bovis team and their subcontractors, though, their methodology only needed a little fine-tuning this time around. As Mr Allen says: "We went through the learning curve down in Plymouth." And that project was one they definitely wanted to learn from, not just in regard to the Deltabeam installation, but across all facets of the build. As Mr Allen remarks, contractors don't always learn from the lessons of the past, and it is something, he says, which needs to change. "You need to take something from every construction you do. The problem in the construction industry is that on every single site we are prone to reinventing the wheel. It is important to find a way of bringing good ideas from one site to another, and that's what we have done here to make it simpler, faster and safer."

All hands on deck

Outside of the main mall, the site is a bustle of various contractors preparing and beginning to construct all elements of the scheme. On any given day there are about 350 workers on site - 30 of which are Bovis managers, the remainder are with subcontractors from the 60 firms appointed to undertake the £120 million build. While the main mall is one floor from completion, work is only just beginning on a second retail building, the Travelodge hotel, office space and residential site. The Travelodge, which will be three floors in height, is being constructed using post tension slabs. The main reason for choosing this method, Mr Allen says, was to avoid "a forest of columns" in the retail unit below, which is to be occupied by department store Next.

An eye on the weather

Away from the main mall, a second, smaller complex is being built. Due to the size and lack of requirement for load bearing columns here, a simple steel frame is being erected for it. Once completed, brickwork cladding will begin, with the aim of having the building watertight by October. The main mall is also scheduled to be watertight before the weather turns. In fact, because the roof - valued at £8 million and expected to take four months to install - is such a sizeable job, Bovis is building a temporary weather deck so that work can begin on other internal trades. Mr Allen says he wants to get the flooring down as soon as possible.

Peel has chosen polished red and yellow granite, which is priced at about £500,000 and will take 17 weeks to lay down at a cost of £1 million. The other elements of the scheme are also progressing well. A Grade II listed former grain storage warehouse is being converted into offices. The structure is to be retained but Bovis is shot-blasting the walls as well as refitting the M&E and building fire segregation protection between the floors. The residential element will be the last part of the scheme to be completed. Mr Allen says: "The reality is that the buildings which used to be there were for oil storage, and there were inevitably leakages over their 30 to 40-year life. We need to dig that out. "We have a groundwork contractor there at the moment flattening the site, then there needs to be improvement works to the ground. "That job is out to tender at the moment."

Ensuring high health and safety standards across the project has been of the utmost importance to Mr Allen. Bovis is very safety-conscious and a full-time nurse has been employed to work at the Gloucester site. Yet, after a year on site, there have been only four reportable accidents, all of which, he adds, were relatively minor. One of the things he attributes this success to is, in fact, the Deltabeam system.That is because, once a beam has been placed, the precast planks can be installed immediately and, voila, a new floor is created. "In the UK construction industry we have too many deaths; too many minor and major accidents," Mr Allen says. "Deltabeams offer leading edge protection. You don't fall off the floor because the floor is all there. If we can quickly put the floors in then it is going to yield a huge safety benefit."

The company celebrated 250,000 man hours without a reportable accident at its topping out ceremony earlier this month - although, to be honest, the building hadn't actually topped out. There was still one floor to complete, and that isn't expected to happen until mid-June. But the date had been set, and there was no way Mr Allen was going to push it back. "I think setting a date for late in the project is the chicken's way out," he says. "People do it because then they at least know they will have the job done". "Yes we had to put another floor on and, in an ideal world, we wouldn't have had to". I like to have the topping out nice and early - then the people who have actually achieved it and been involved in the construction are there to celebrate it." Despite the missing floor, Bovis says everything is on track for handover next April. "Yes, we do have issues and problems and solutions to find," Mr Allen says, "but I'm confident about our progress and, yes, the scheme will be ready for them in time for Easter 2009." And, who knows, like Yul Brynner in The Magnificent Seven, this project may prove to be a real leader, setting a benchmark in Deltabeam construction for others to follow.

In the UK construction industry we have too many deaths; too many minor and major accidents. Deltabeams offer leading edge protection. You don't fall off the floor because the floor is all there. If we can quickly put the floors in then it is going to yield a huge safety benefit. 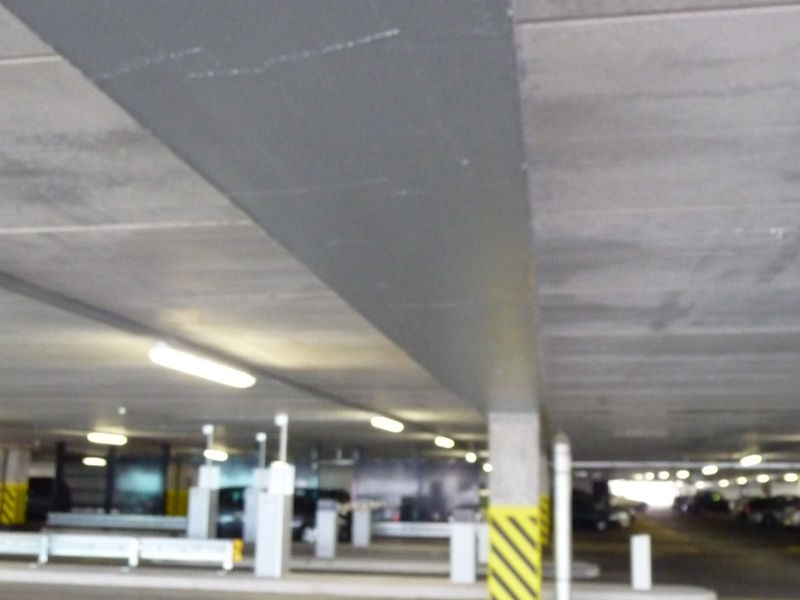 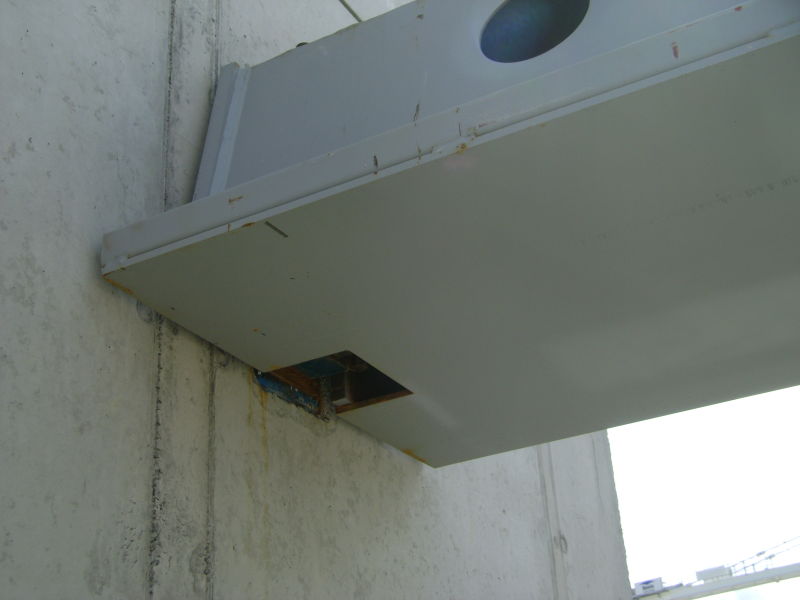 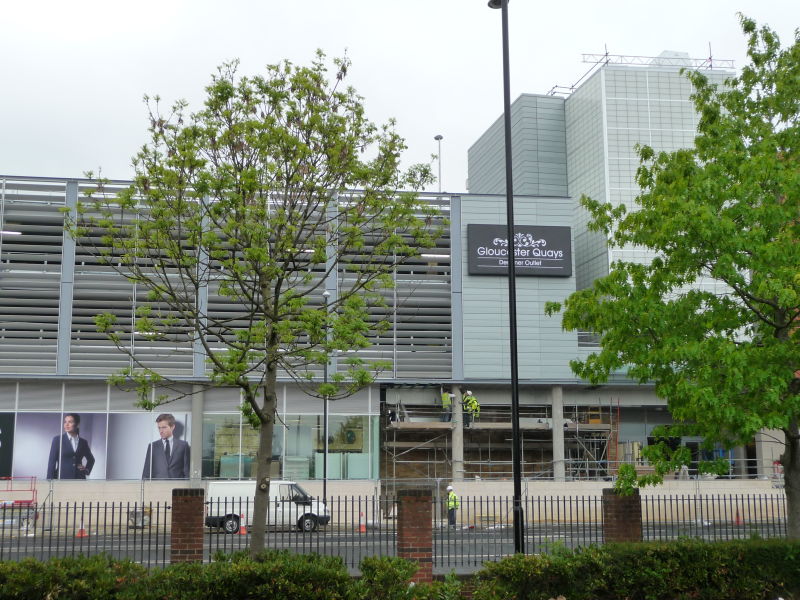 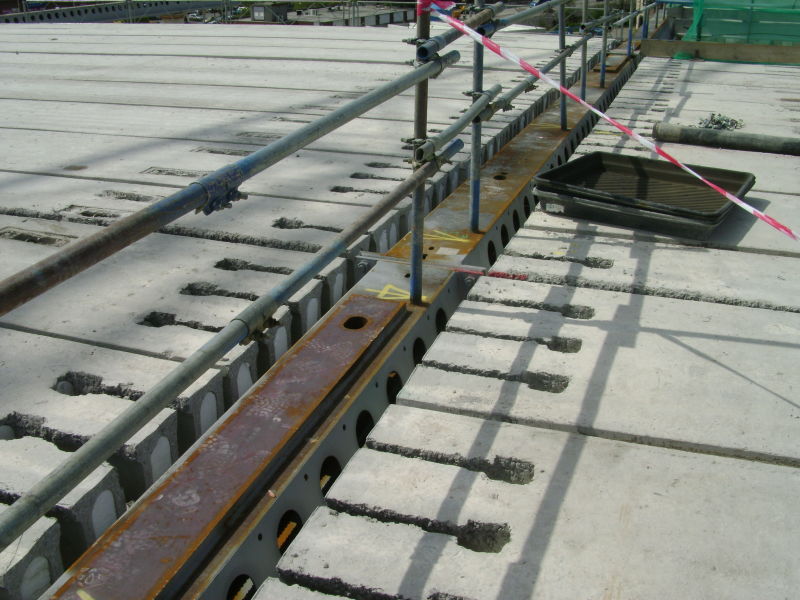 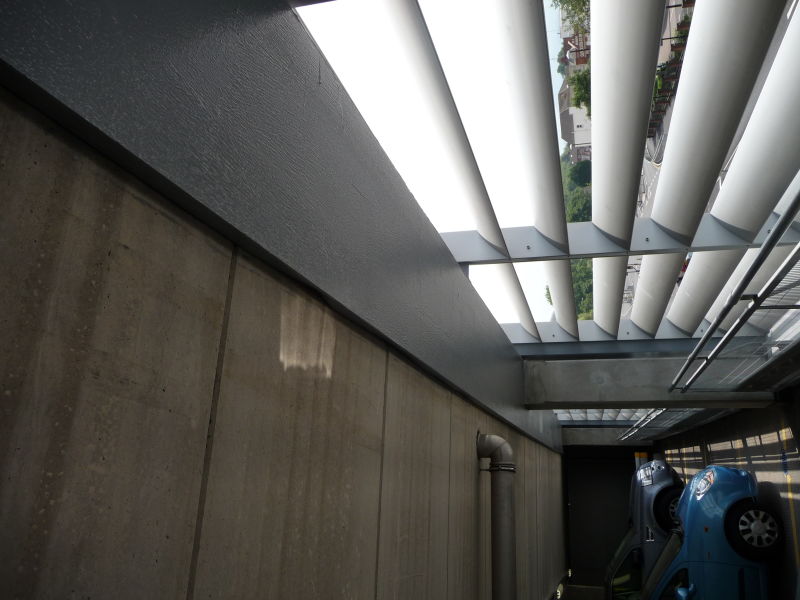 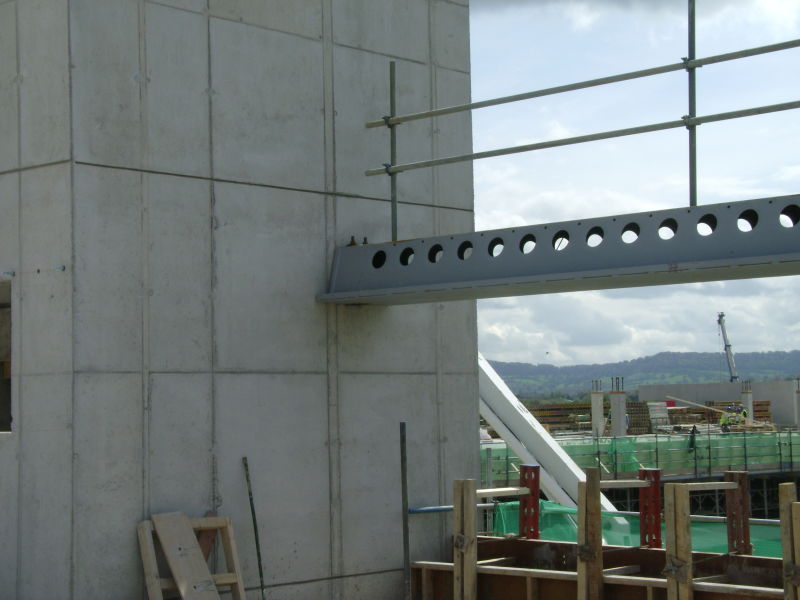 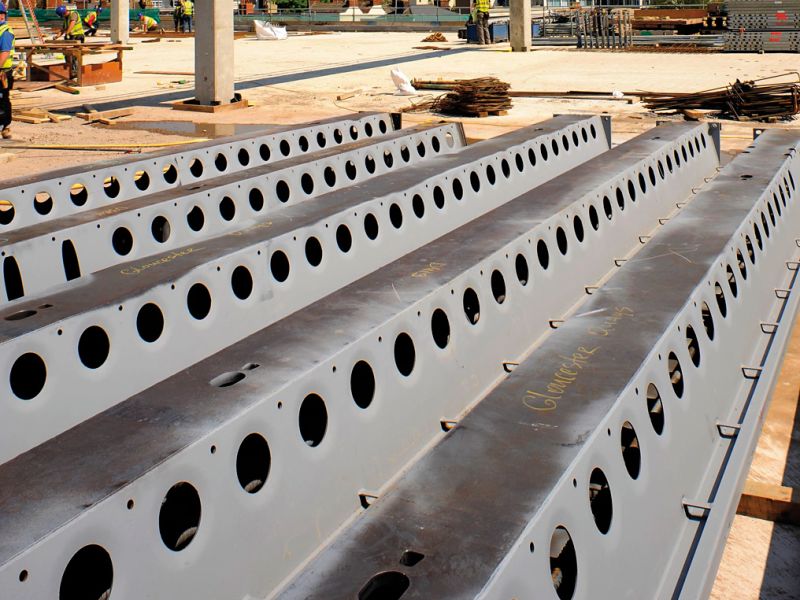 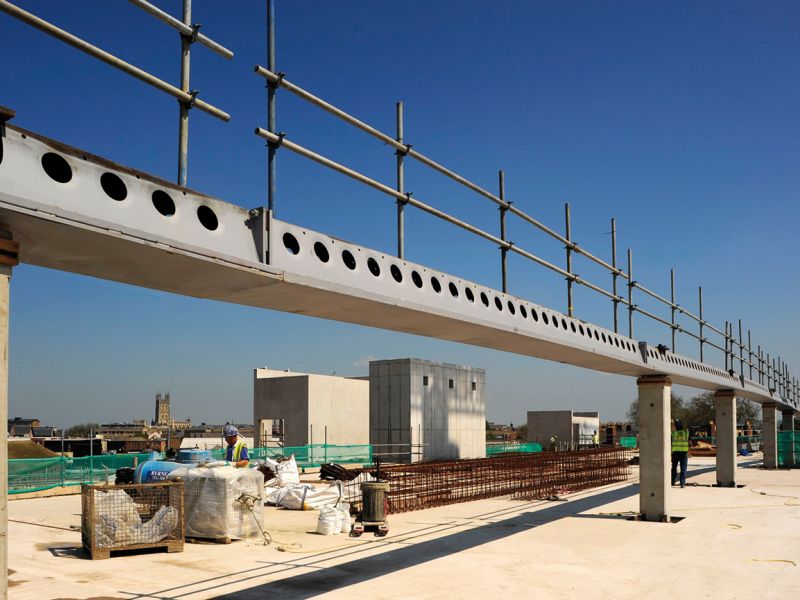 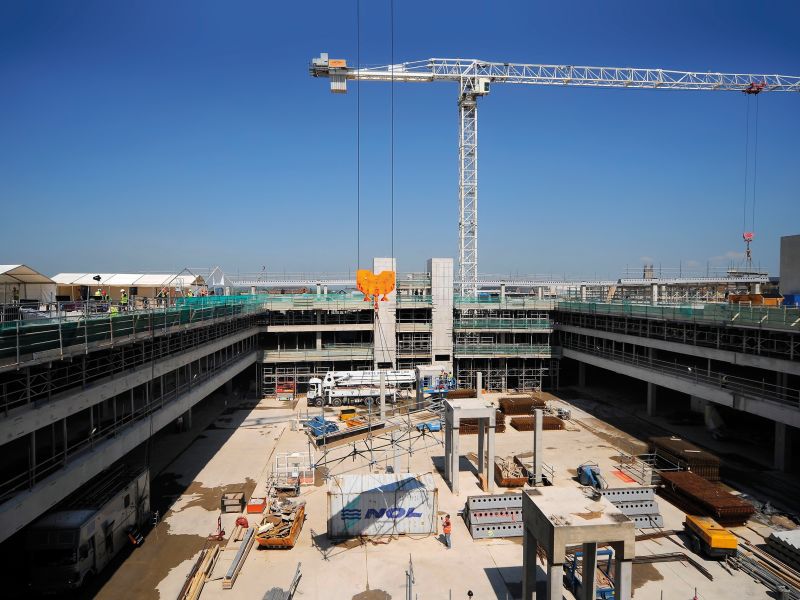